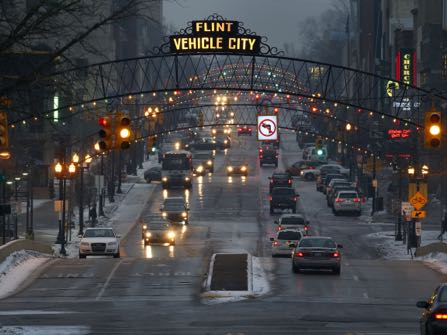 LANSING, Mich. (AP) — Michigan’s attorney general named a former prosecutor on Monday to spearhead an investigation into the process that left Flint’s drinking water tainted with lead, though Democrats questioned whether the special counsel would be impartial.

Republican Bill Schuette said Todd Flood, a former assistant prosecutor for Wayne County, which includes Detroit, will lead the probe and be joined by Andy Arena, a retired head of Detroit’s FBI office.

Schuette said the two would play key roles in the investigation and prevent conflicts of interest since the attorney general’s office also defends the state. Both will report to Schuette, who promised they would provide an “experienced and independent review of all the facts and circumstances.”

He dismissed any concerns about Flood, who is now in private practice and has donated to candidates from both parties, including Schuette.

“I don’t care who he (Flood) has given money to, Republican…

ATTENTION ALL PARENTS/Care Givers!!!!!!!BREAKING NEWS…Gov. Wolf Extends School Closures Indefinitely And Extends Stay At Home Order Date…
New hip hop book by “...Common believes that the phrase "let love have the last word" is not just a declaration; it is a statement of purpose, a daily promise. Love is the most powerful force on the planet and ultimately, the way you love determines who you are and how you experience life. Touching on God, self-love, partners, children, family, and community, Common explores the core tenets of love to help others understand what it means to receive and, most important, to give love... #newhiphopbook #thhl #thhlp #hiphopbooks #thehiphoplibraryphilly #thehiphoplibrary #common #letlovehavethelastword